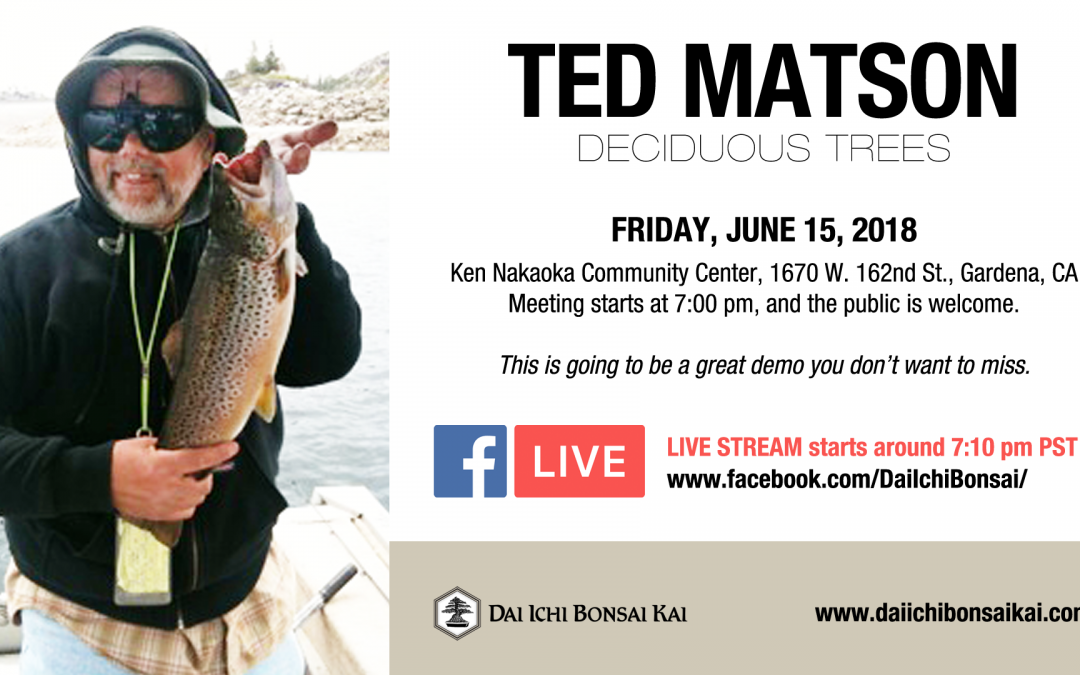 Ted Matson began studying bonsai in 1979. He learned the basics from John Boyce in San Francisco. After moving to LA in 1980, he became involved in a number of clubs, and began pursuing the art taking classes from leading masters in SoCal, including Ben Suzuki, Shig and Roy Nagatoshi, Melba Tucker, Warren Hill and John Naka.

A staple in the bonsai community, Ted is an active member of many local clubs as well as a popular demonstrator and teacher.

Ted will be discussing Deciduous trees at our next meeting.