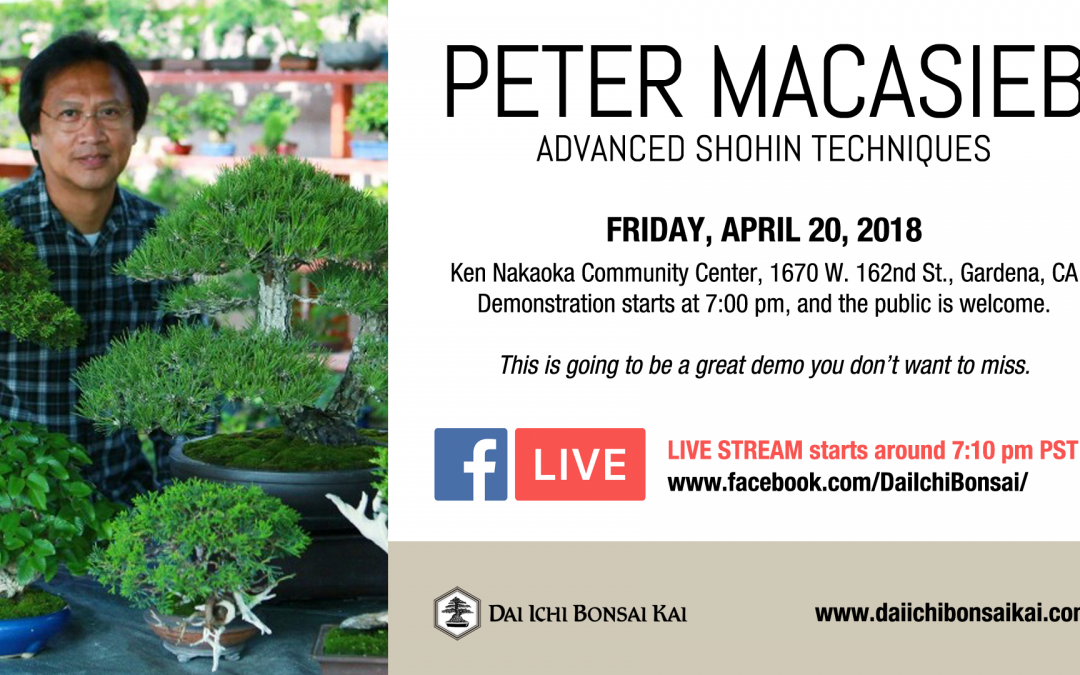 Peter Macasieb was born in the Philippines and immigrated to the US in 1983. He began studying bonsai by reading John Naka’s book until he meet Harry Hirao in 2004. His relationship with Harry Hirao began when he was invited to assist him in a bonsai demonstration.

Peter has also studied with Boon Manakitivipart and Tak Shimazu where they introduced him to grafting and the art of shohin. He has won best of show in the Santa Anita Bonsai Society and the John Naka Award with his shohin display at Descanso Bonsai Society. He keeps busy teaching, performing demos, running a shohin study groups, and convention workshops.

Peter will be discussing shohin styling techniques at the April meeting.