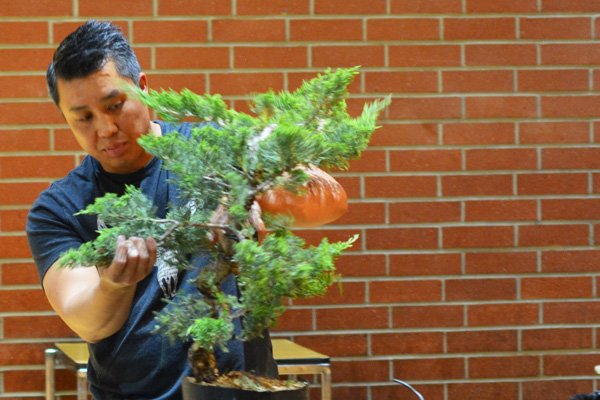 In 2012, Jason became an apprentice to renowned artist, David Nguy. Jason is also very active in the bonsai community.

In 2014, Jason was elected to the board of the Golden State Bonsai Federation. In 2015, he became the editor of Golden Statements, GSBF’s quarterly bonsai publication. Locally, he has served as an officer for Kofu Bonsai Kai, one of Southern California’s largest bonsai clubs and was also a founding member of the Chino Bonsai Club.

He also holds demonstrations for local clubs and has participated as a demonstrator at the Huntington Library in San Marino. Jason continues to share the knowledge he learns through his blog articles and videos. He also contributes regularly to various bonsai publications including Bonsai Club International and GSBF.